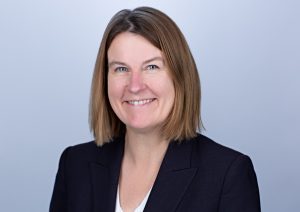 Alicia Wise is Executive Director of the CLOCKSS Archive. She has been active on access to research information for 20 years as an academic author and in roles with funders, libraries, consortia, publishers, and universities. Prior to joining CLOCKSS she held roles with Elsevier, the Publishers Association, Publishers Licensing Society, Jisc, and the Archaeology Data Service. Most recently, Alicia has been working as a consultant in scholarly communications, advising libraries, funders, and publishers on sustainable strategies for navigating the rapidly changing information landscape. She has served on the boards of organisations including Access to Research, the Accessible Books Consortium, CHORUS, CLOCKSS, the Digital Preservation Coalition, and Research4Life.

Thib Guicherd-Callin, Program Manager, is a software engineer originally from France.  He has devoted his career to distributed digital preservation and has been a vital player in the LOCKSS Program for fifteen years. From humble beginnings as an intern, he was a key contributor to the growth of the Global LOCKSS Network, inception of the CLOCKSS Archive, and expansion of LOCKSS technology to private preservation networks worldwide. Before becoming the acting Program Manager of the LOCKSS Program in 2019, he served as Engineering Manager and oversaw the Web Services re-architecture of the LOCKSS software. He holds a Masters degree in computer science from Stanford University, and enjoys snow sports and chamber music. 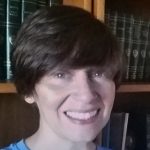 Kim Smilay serves as Director, Publisher and Library Relations of the CLOCKSS Archive. She is responsible for building relationships with publishers and librarians in addition to communications, invoicing and negotiating/managing agreements.  Prior to joining CLOCKSS, Kim spent 24 years at Gale (now part of Cengage Learning) most recently on the Licensing team working with top tier publisher accounts, developing new publisher relationships and managing licensing campaigns.  She volunteers with the Society of Scholarly Publishing’s Advancement Committee.

News In Your Inbox